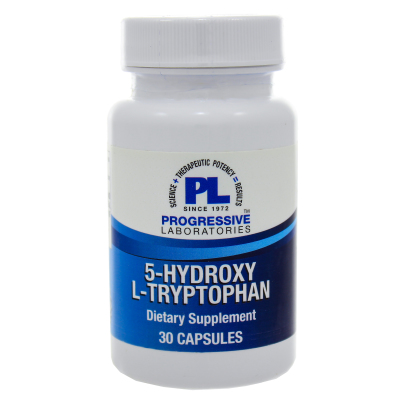 5HTP is derived from West African legume Griffonia simplicifolia. Natural precursors to raise serotonin levels in the brain. Serotonin effects mood and sense of well being. Depression is known to be caused by lowered serotonin levels, as well as some neurological conditions. Taken with vitamin B6, 5HTP is able to be converted into serotonin.

One (1) capsule daily, or more, as directed by a doctor.

Do not take with MAO inhibitors or anti-depressants.