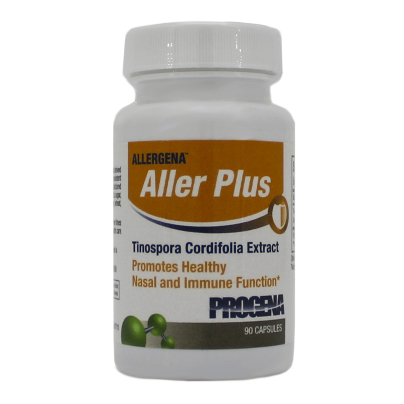 Total lymphocyte count increased 69% in the TC group and in only 11% with placebo, suggesting an enhanced state of immunity in the tinospora group. Also, nasal smears showed significant reductions in the number of cells that indicate pollen sensitivity.

Tinospora cordifolia was well tolerated. Number of people with chronic allergy-like symptoms -- runny nose, congestion and cough -- but who have nonallergic rhinitis instead: one out of three.
(WebMD)

Take one capsule three times daily with food or as directed by your health care professional.

Tinofend® is a registered trademark of Verdure Sciences.