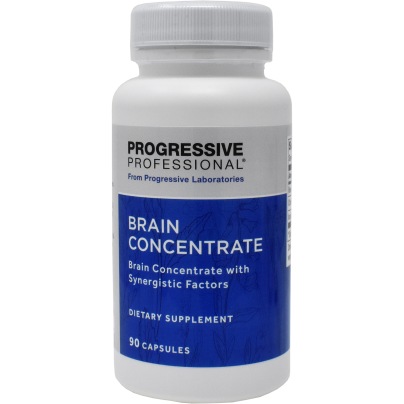 Brain Plus 90c is available by Progressive Labs.

Contains naturally occurring RNA/DNA qualitatively from raw brain concentrate. The introduction of soluble RNA from new cells into old cells may increase production of non-defective proteins. Favorable changes in memory among moderately impaired aged subjects on oral and intravenous injections of RNA have been reported. In the field of Applied and Behavioral Kinesiology, RNA is taken orally to enhance the bodys ability to exhibit kinesiologically, symptoms of the otherwise buried problems so that they may be corrected.

According to John Diamond, M.D., of the Institute of Behavioral Kinesiology, RNA:
1) helps the body to overcome a self defeating tendency to remain sick,
2) increases the ability of people to listen effectively.