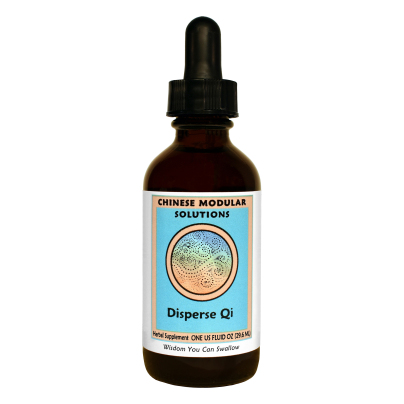 This formula facilitates the upward and downward, inward and outward circulation of
Qi which in turn insures the equitable distribution of Moisture and Blood.

Use only as directed by your health care provider and seek their advice if
pregnant or nursing.

Store at room temperature, keep tightly capped and out of direct sunlight.