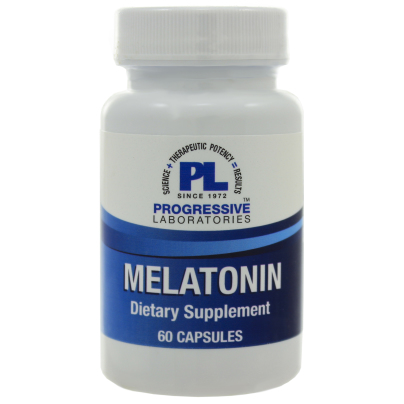 The pineal hormone, melatonin, is a simple derivative of tryptophan and serotonin. Endogenous melatonin is synthesized and released in response to light and dark on the retina. Its secretion is inhibited by bright light. It has also been suggested that chronic exposure to electromagnetic fields may suppress melatonin production.

Melatonin also functions as an antioxidant. It specifically scavenges the damaging hydroxyl radical. Like other ""anti-aging"" hormones, melatonin is produced in abundance in early life, but declines steadily with age.</S

One (1) capsule daily, or more, as directed by a doctor.

Tamper evident band around cap and seal on bottle. Do not use if either seal is broken or missing.