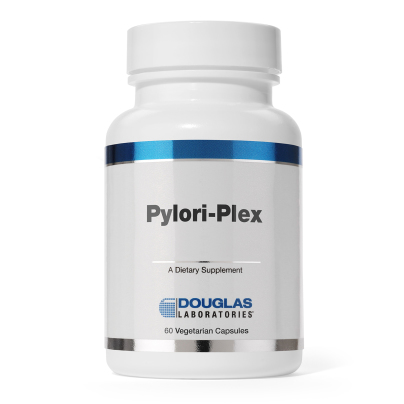 FUNCTIONS A peptic ulcer is a sore in the lining of the gastrointestinal system, usually found in the stomach or duodenum. It is created when the lining of the gastrointestinal tract becomes eroded. Once thought to be caused by chronic emotional stress or spicy foods, it is now recognized that the development of an ulcer is sometimes due to the presence of Helicobacter pylori. Although most bacteria are killed when exposed to the highly acidic nature of the stomach, H. pylori can survive in the thick mucus that coats the gastrointestinal tract. The bacteria’s presence can then cause an immune response in the body, eventually leading to inflammation and gradual erosion in the stomach lining.

Mastic gum, a resin obtained from the tree, Pistacia lentiscus, is used traditionally in the Mediterranean as both a food ingredient and a traditional healing plant for the gastrointestinal system. Several animal and human studies indicate that it may have the ability to reduce the H. Pylori bacteria. This in turn can play an important role in supporting the body’s exposure to H. pylori and maintaining the body’s natural defenses against ulcer formation. Licorice has been used in Traditional Chinese Medicine for hundreds of years to support the body, including the gastrointestinal system. It was often used as a demulcent, to soothe and coat the stomach and throat. Marshamallow and slippery elm bark also have traditional uses as gastrointestinal-supportive herbs.

INDICATIONS Pylori-Plex may be a useful dietary supplement for individuals wishing to support their gastrointestinal tract.

As a dietary supplement, adults take 2 vegetarian capsules daily with meals, or as directed by your healthcare professional.

Other ingredients: Cellulose and vegetable stearate.