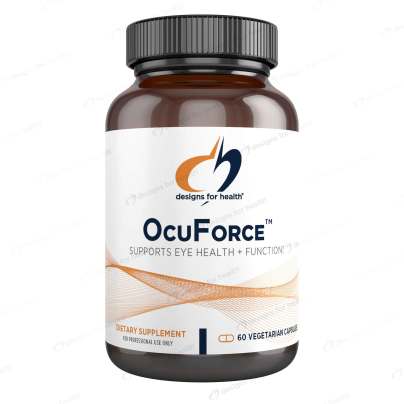 OcuForce™ provides a broad spectrum of nutrients specifically selected to support the function of the eyes:

Made with non-GMO ingredients.

As a dietary supplement, take two capsules per day with meals, or as directed by your health care practitioner.

This product does not contain gluten.

NOTICE
Color, size or shape may appear different between lots.

Store at room temperature. Keep out of reach of children.